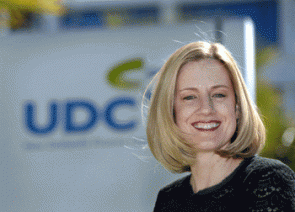 UDC Finance, the plant, equipment and vehicle lender owned by ANZ, has posted a 27% rise in half-year profit as income rose, expenses fell and write backs pushed provisions for bad loans out of the red and into the black.

UDC's financial statements show unaudited net profit after income tax up $5.1 million, or 27%, to $23.8 million in the six months to March 31 from $18.7 million in the same period of the previous year.

“Our strong focus on quality lending has continued to deliver results in financing investment by Kiwi businesses in vehicles, plant and equipment," Price added. "This growing readiness to invest, and signs that businesses are gearing up for better times, reflect an encouraging lift in confidence in the economy."

Gross loans rose about $36 million during the first-half of UDC's financial year to about $2.352 billion. Secured debenture stock on issue rose about $49 million in the three months to March 31 to $1.466 billion. UDC also has an $800 million ANZ Loan, of which $290 million was drawn down at March 31, unchanged from September 30.

In a Double Shot interview in April Price told interest.co.nz sentiment and confidence among borrowers had improved with customers less nervous and prepared to buy assets earlier in their plans than they had been last year across a range of industries.

UDC's $37.95 million profit for the year to September 30 last year was the highest annual profit it has recorded since 2004.

We welcome your help to improve our coverage of this issue. Any examples or experiences to relate? Any links to other news, data or research to shed more light on this? Any insight or views on what might happen next or what should happen next? Any errors to correct?

We welcome your comments below. If you are not already registered, please register to comment in the box on the right or click on the "'Register" link at the bottom of the comments.

Remember we welcome robust, respectful and insightful debate. We don't welcome abusive or defamatory comments and will de-register those repeatedly making such comments. Our current Comment policy is here.